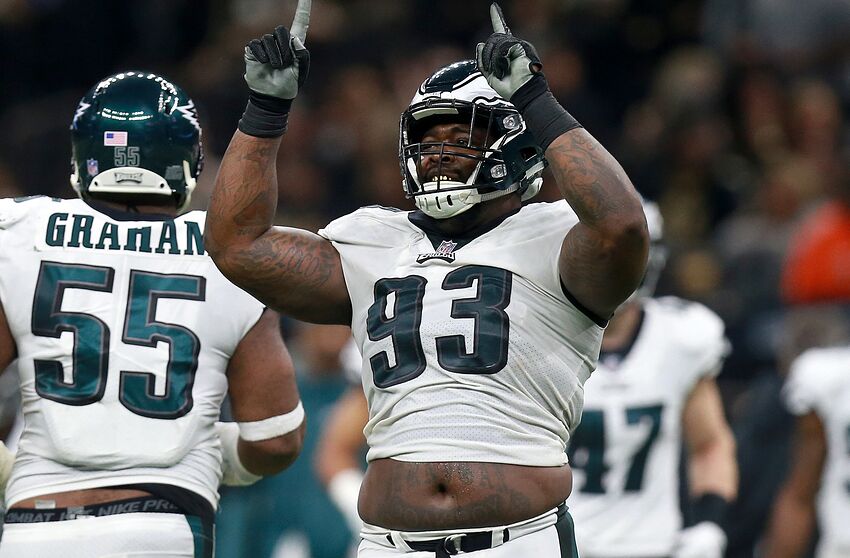 If the Philadelphia Eagles’ pass rush is going to maintain their recent dominance down the stretch, they’ll need Timmy Jernigan to return to his 2017 form.

For the first time in a very long time, the Philadelphia Eagles‘ pass rush looked potent in their Week 9 win.

Scratch that, any time Mitch Trubisky is under center it’s a nightmare for Bears fans.

After a less than encouraging opening month of the season with three sacks spread over four games (270 snaps), the Eagles line has been on a bit of a roll since their dominant performance -a regular sack party if you will – against the hapless New York Jets. Save for an ugly showing against Kirk Cousins and the Minnesota Vikings, the Eagles have recorded at least three sacks a game over the last three games and have looked light-years better in the trenches.

And with Timmy Jernigan back, things are only looking up from here.

That’s right, after weathering a string of injuries that resulted in players like Hassan Ridgeway, Akeem Spence, Anthony Rush, Bruce Hector, and Albert Huggins earning notable playing time, the Eagles finally have a legitimate partner in crime for one Fletcher Cox.

Now don’t get me wrong, many of the Birds’ reserves put in work when their numbers were called, but none have Jernigan’s unique blend of size, speed, and most important: Timmy Jernigan is a professional.

A key cog in the Eagles’ 2017 Super Bowl machine, Jernigan excelled in his natural role as a 4-3 defensive tackle after a three-year sabbatical playing end in the Baltimore Ravens‘ run-stuffing 3-4 scheme. While his sacks were slashed in half from his career-high five in 2016, Jernigan’s familiarity in a 4-3 scheme from his time at Florida State, when coupled with an ability to soak up bodies in the trenches helped unlock a whole new level of defensive dominance that the Eagles have yet to reach since – a defensive dominance they rode all the way to U.S. Bank Stadium.

Had Jernigan not suffered a back injury that decimated his sophomore campaign in South Philly, he’d surely still be in the middle of a four-year, $48 million deal and Malik Jackson would have surely signed elsewhere in free agency, but after a voided-deal and a non-existent market in free agency, Stud Muffin is now at an impasse.

Next: JJ Nelson can ease the loss of DeSean Jackson

If he can recapture that 2017 magic, Timmy Jernigan could soon find himself in line for a new contract and another opportunity to amass generational wealth playing the game he loves. And more importantly, if Timmy Jernigan goes off in a relentless push to prove he’s still a top-tier talent, it will surely make the Philadelphia Eagles’ pass rush all the more potent down the stretch – a fantastic outcome for all parties involved.