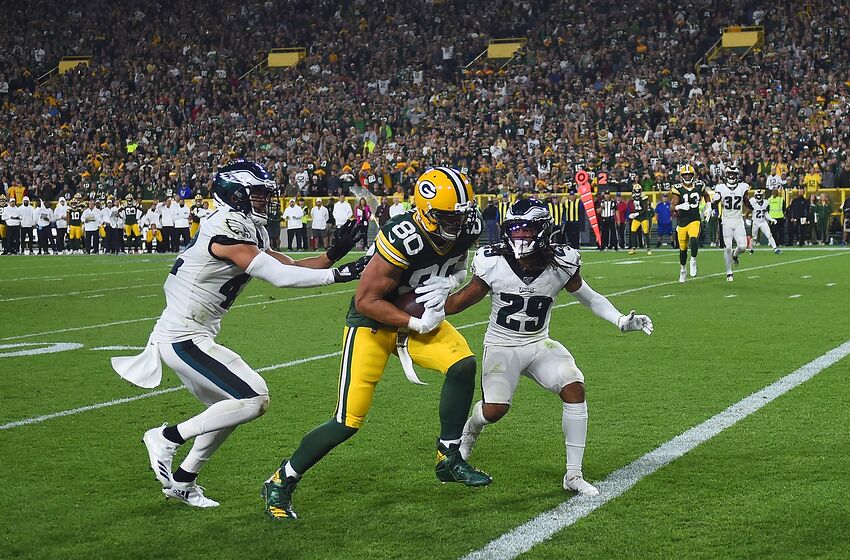 While releasing Andrew Sendejo leaves the Philadelphia Eagles undermanned at safety, Avonte Maddox should be able to replace his production and then some.

With two tight ends, six cornerbacks, and seemingly endless defensive ends (seven) Howie Roseman and company have valued employing players they like over retaining a well-balanced roster fit to weather a string of mid-season injuries.

But what do the Birds value even more than young talent (and defensive ends)? Draft picks – especially when they are of the compensatory variety.

So with a potential fourth-round comp pick on the line, it should come as absolutely no surprise that Andrew Sendejo received his walking papers, despite being arguably the team’s most impactful free agent signing of 2019 (how sad is that?).

Now granted, to most fans, the decision to waive Sendejo is a welcomed one, as he’s been far less impactful than any player who averages 41 percent of the defensive snaps should be. Still, his absence leaves the team with only three safeties on their active roster – two if you exclude special teamer Rudy Ford.

While conventional wisdom would suggest that a subsequent move should be in order to fill Sendejo’s roster spot and pad out the position behind Malcolm Jenkins and Rodney McLeod – with my personal favorite being Temple product Sean Chandler – the Eagles already have the perfect third safety in-house: Second-year defensive back Avonte Maddox.

That’s right, Maddox, the Eagles’ starting slot cornerback should be able to seamlessly slide back to safety – just not as a one-for-one replacement.

Measuring in at a full four inches shorter and 25 pounds lighter than Sendejo, Maddox is a poor replacement as a box safety. However, with superb coverage skills and elite straight-line speed, Maddox should be able to fill Jenkins’ current role and shift the defensive captain into the box. Despite playing well in 2019, Jenkins does his best work when he’s allowed freelance near the line of scrimmage as a hybrid safety/nickel/linebacker. With Maddox’s recovery speed and ability to drop into the slot, Jim Schwartz could get very creative with his defensive alignments.

When Cre’Von LeBlanc officially becomes eligible to return to practice after Week 10, the Eagles will find themselves with an abundance of shifty interior cornerbacks. This makes Maddox expendable on the inside, but a vital cog in the open field as a hybrid, do-it-all defensive back.

Next: The Philadelphia Eagles have a Jordan Howard conundrum

Ideally, the Philadelphia Eagles should use Andrew Sendejo’s release as an excuse to double-down on scouting their next great safety over the final month of the college football season, but in the interim, Avonte Maddox’s experience playing deep field safety in 2018 makes him an ideal candidate to take on an expanded role down the stretch both in the slot and as a deep field safety.