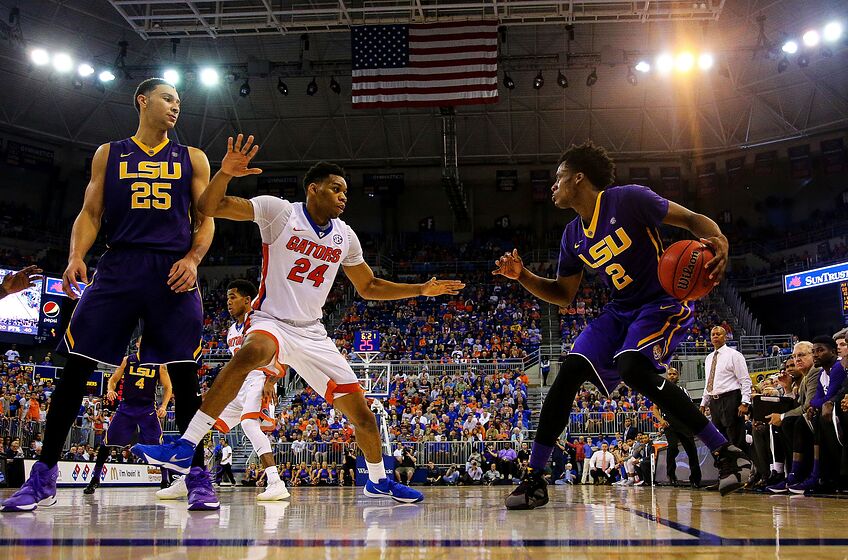 When the Philadelphia 76ers formally announced that Markelle Fultz would enter the 2018-19 NBA season as the team’s starting shooting guard, it certainly turned heads around the league (more on that here).

While it may have seemed a bit too soon to hand over the keys to the kingdom to a second-year player with a shaky jump shot, the move actually provided a bit of parody to either side of the court, and could have potentially allowed J.J. Redick to fill departed two guard Marco Belinelli‘s spot as the team’s dead-eyed shooter off of the bench.

So far, it’s pretty safe to say the experiment hasn’t gone as planned.

Now granted, Fultz hasn’t played horribly so far this season, though he did finish out the first game of the season with the lowest combined Real Plus-Minus of any player on the team, his play simply hasn’t been anything to write home about.

While Blankney may not be a household name, the 6-foot-4 shooting guard is one of the more interesting stories of the 2018 calendar year in the basketball world and could be on his way to a pretty nice little career on a Chicago Bulls squad attempting to cultivate a hard-nosed identity.

The third overall shooting guard coming out of high school, Blakeney played his lone season of college ball alongside a then-little-known Australian power forward named Ben Simmons (ever heard of him?) who would go on to be the first overall pick in the 2017 NBA Draft. While this was certainly good for Blakeney from a PR standpoint, as he was able to play on a score of nationally televised games, LSU‘s underwhelming success didn’t exactly highlight the players not named Simmons and resulted in very little interest in the combo guard at the next level.

Even after putting in work as a sophomore and leading his team in scoring, the two guard’s stock didn’t rise considerably, resulting in Blakeney going undrafted in the 2017 NBA Draft, the very same draft that saw Fultz selected first overall.

However, that didn’t detract the then-20-year-old from pursuing a professional basketball career.

After signing a two-way contract with the Bulls following a solid summer with the organization, Blakeney made the most of his opportunity with the team, averaging almost eight points a game in 19 contests in the NBA, while also being named the 2018 G-League Rookie of the Year, a clean ROTY sweep for the Tigers.

This development resulted in a full-on NBA contract with the Bulls in 2018, and just like that, Blakeney became Chicago’s new sixth man off the bench.

And in the irony of all ironies, Simmons’ former college teammate outperformed his current backcourt mate.

Once again, Fultz did not play poorly, but he finished out the game with 12 points on 14 shots with a Real Plus-Minus of +5 and looked uninterested at times on the defensive end of the court.

Blakeney, on the other hand, played like a man on fire.

Finishing out the game with 15 points on 16 shots, Blakeney was the only Bulls player to finish out the game with a positive Real Plus-Minus (+6), a pretty impressive feat in an otherwise uneventful losing effort.

Now granted, was Blakeney exponentially better than Fultz? No, but he certainly played with more heart.

Much like Fultz, Blakeney was a top-tier high school talent, but instead of being anointed a top-3 talent, the former Tiger had to earn his way into the league the hard way, punching his time card day-in, and day-out in the G-League to even earn a full-time NBA contract. This adversity helped to shape Blakeney into a legitimate player who very well could end up earning a pretty substantial role with the Bulls this year, and for years to come.

That kind of leave-it-all-on-the-court heart is something Fultz has been sorely missing thus far this season.

Next: Simmons avoids the Kardashian Curse in do it all loss

Often getting by on his physical gifts alone, Fultz could certainly earn a thing or two from Antonio Blakeney and the way he plays basketball. With all of the talent in the world and a team willing to afford him every opportunity to shine, Markelle Fultz is a heart away from being a serious player for the Philadelphia 76ers, capable of capturing the hearts of the City of Brotherly Love’s blue-collar fans.